When we acquired Nellie, she came with a key ring that included one bent but fully functioning key and one broken key. The fully functioning key opened the main door as well as all the locks bar one… the water fill hatch. Apparently, the water fill has always been keyed differently than the other locks on Airstreams, but is generally one of only a few variants. We were only able to find these keys available through Out of Doors Mart. The caveat being that they had two keys listed for 70s Airstreams.

So we ordered the one that seemed to be the best option. The following week, we received the key and it seems to go about 1/8” into the slot, but didn’t budge any further. It sure looks like it should fit, but seeing as the key ring included a broken key, we took that as a reminder to not force keys where they do not fit.

Next step was to order the other water fill key. And when that arrived a week later, it does not work either. Not even a glimmer of hope with this one. Now what?

Well, I was almost certain it was the first key we ordered. And with the next option being to drill out the lock and completely replace it, it was worth a last ditch effort. The worst that happens is the key either breaks off or folds in the process. With a little lubricant and a liberal amount of force, I was able to wiggle and jimmy the key into the lock, turn it, and open the hatch. It still remained difficult to enter and exit the lock, but with repeated use of the key, the lock now seems to respond well to its new partner.

So the life lesson learned from this venture… sometimes you meet someone and don’t completely connect. But if they meet someone less compatible than you and run out of options, they may come back to you and try harder to make it work. At least that is what I took from it. 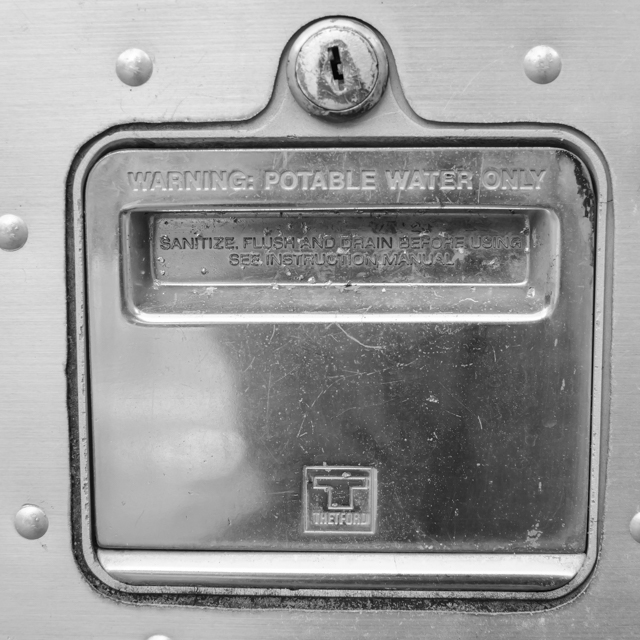 Fill Me Up, Buttercup